The importance of using probiotic bacteria for fish

To understand the conditions that fish are suffering from. This article will help aquarists better understand this bacteria. So we will mention in this article to talk about the importance of using probiotic bacteria for fish. This is a probiotic in aquaculture to help keep the environment healthy and clean as well as to help increase the performance of the species.

What is probiotic bacteria for fish?

What are the benefits of using probiotic bacteria?

Certain species of probiotic bacteria can improve the environment of aquaculture systems. Aquatic pathogens can grow and multiply in the environment, as they benefit from high levels of organic matter, mainly derived from feed, manure and phytoplankton. Furthermore, as organic matter decomposes, nitrogenous waste (ammonia, nitrite and nitrate), is formed as part of the nitrogen cycle.

Although this is a natural process, the amount of artificial organic matter in aquaculture production systems is often too high for the reliance on this existing removal system. As water is continuously consumed by all aquatic animals, improving water quality (bioremediation) in aquaculture, is an important requirement for both shrimp and fish farming. 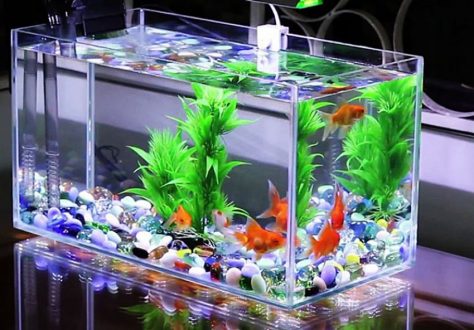 The quality of aquaculture sediments is often overlooked, especially important for bottom-dwelling species, such as shrimp. Organic matter can accumulate, and when it decomposes, it consumes oxygen and produces toxic metabolites, including nitrogenous waste and hydrogen sulfide. These conditions can lead to huge mortality, so bioremediation bacteria are just as important as soil probiotics in aquaculture.

Use probiotics bacteria to reduce pathogens

Evolution has allowed some strains of bacteria to develop defense mechanisms to gain a competitive advantage. This means that some probiotic species are capable of producing a range of chemicals that have a bactericidal or bacteriostatic effect on pathogens. Compounds produced by beneficial bacteria that inhibit pathogens include:

The effects of probiotics on nutrient utilization, digestion and growth have been most extensively studied, possibly due to the simplicity to collect such data and its commercial relevance. Several mechanisms could explain the improvement in these parameters. Firstly, Bacillus spp. known for its ability to produce extracellular enzymes. When used in aquafeeds, these enzymes can improve digestibility and reduce FCR. Ultimately, improving the FCR in aquafeeds provides economic benefits as feed can be the largest part of the cost to the producer and can also improve water quality by producing less waste.

Other aquatic probiotics use alternative mechanisms. For example, there are many reports of lactic acid bacteria improving intestinal morphology, through greater villi length, more villi and/or greater microvilli density. All of these observations increase the surface area of ​​the gut, allowing the host to absorb more nutrients.

Density of microvilli Beneath the mucus layer, is the epithelium, which is mainly composed of intestinal cells.

These cells are lined with microvilli. Using electron microscopy, it has been shown that probiotics significantly increase the density of intestinal microvilli. The benefit of this increase is twofold. First, more microvilli increases the surface area so that the host can extract more nutrients from the food. Second, any space between the microvilli provides an opportunity for pathogens to pass through the epithelium and infect the fish. Thus, a higher density of microvilli, caused by beneficial bacteria, contributes to a more effective barrier between the inside of the intestine and the outside, keeping out pathogens.